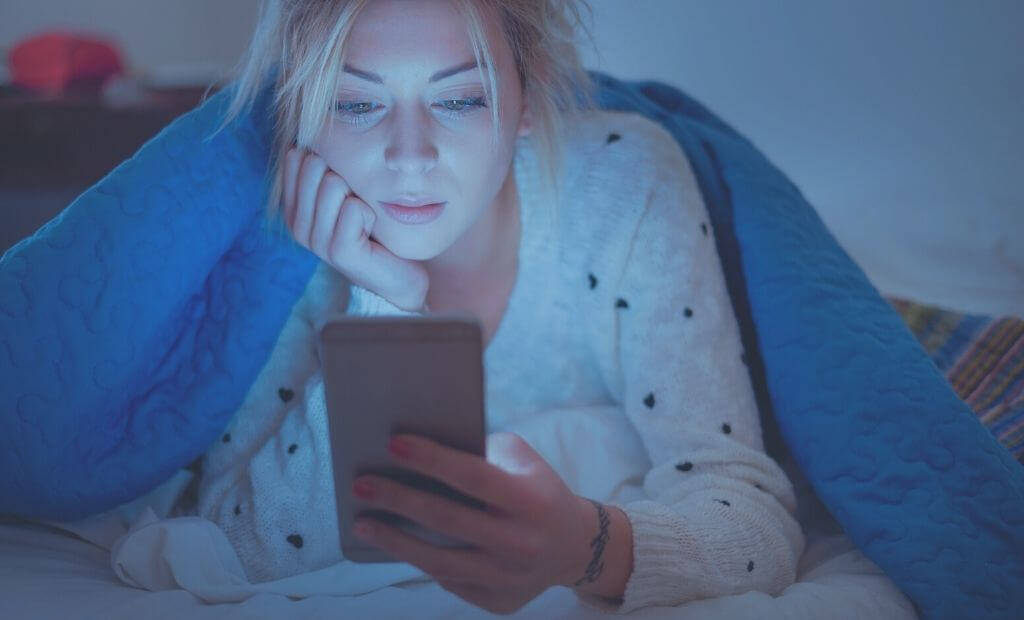 If a guy ever left you or ghosted you for a month without giving you a valid reason why, you may feel the need to find closure any way you can. My first instinct when this happens is to wonder if this means the end of our relationship.

I then start to feel worried and confused. Of course, you probably feel the same way. And this only makes sense because this person was likely important to you.

In this post, I’ll help you decode the mixed signals and hidden messages to help you understand why he hasn’t contacted you in a month.

What Does His Not Contacting You for a Month Mean?

If he hasn’t contacted you in a month, it means one of many things. He might have broken up with you, may not be interested in you anymore, or doesn’t feel like you fit into his life at this time. Or maybe he is seeing someone else or has been busy in other areas of his life.

No matter what his reason, a month without contact is too long for anyone to wait.

While our first instinct might be to move on, guys’ actions can take a mental and emotional toll on us. For one, if he’s ghosting you, being shut out can be extremely hurtful. This can be especially true if you thought the relationship was going well and you had feelings for him. As a result of him not contacting you, you may have low self-esteem and self-doubt.

But if a man’s truly ready to be in a real relationship, he’ll commit to contacting you regularly. A mature man will communicate clearly, be honest about his feelings, take responsibility for his actions, and more.

On the other hand, signs of an immature man include that he may break up and make up with you multiple times, be insecure about himself and your connection, make a joke of you in public, and always think everything’s about him.

If he hasn’t contacted you in a month, then maybe you should get to the bottom of things. Doing so can help you stop overanalyzing your relationship. This list can help you figure out what he’s thinking and make the decision to stay with him or move on.

1. He’s Involved With Someone Else

While you might be totally committed to the relationship, he might be talking to someone else. However, you might only have dated him once, which means you might never see him again. Another problem might be if he’s still into you but wants to keep his options open. Not telling you how he feels about you gives him a way to go back to you if his other situation doesn’t work out.

Whether your guy has been with you for a long time or a little while, he should be man enough to tell you you’ve broken up. But not every guy is as mature as you might like him to be. While you may have been waiting for him to make a move, he might not be calling you because he doesn’t feel the need to if the relationship’s over.

3. He’s Busy With Other Parts of His Life

As you wait by the phone, your man might be dealing with serious life problems. For example, he could be dealing with addiction or maybe there was a death in his family. In this case, he might not want to involve you in his problems. This could be especially true if you just started dating.

4. He’s Indecisive About You

Some days you could be the ideal couple holding hands and others you might be having the worst fights. If this goes on for months, your man might start to question things. If he hasn’t contacted you in a month, he might have an internal conflict in his head over what to do about you.

5. He’s Playing With You

Despite the fact that some guys naturally like to play mind games, others are just immature and want to play with you. He could be a player or a toxic or manipulative type. Consequently, he might think his games are fun, while you might not think so at all. Besides this, he could be playing hard to get or he thinks you’re naive and will chase after him. He might even believe you don’t mind being treated like you’re second best to someone else he’s seeing at the same time as you.

If he hasn’t contacted you in a month, he might have realized he’s not interested in you. This could happen if you’ve only dated once or twice and he suddenly disappears. You might have thought he was the perfect guy when he noticed you’re incompatible. And since you were never officially a couple, he doesn’t deem it necessary to provide you with an explanation.

7. He Doesn’t Have a Reason to Call

Many times, one person sees things one way while the other thinks differently. For one thing, you might have liked it when he laughed at your jokes, but maybe he was only laughing to avoid awkwardness. Or maybe you were texting all night that time you went out to dinner. While you might have only been trying to keep your hands busy, he might have taken your disinterest as rudeness.

1. Examine your feelings for him. Ask yourself if it’s worth trying to reconnect or would you be better off with someone else? There are other guys out there who will be more committed to you.

2. Live your own life. If you always have something to do, such as a hobby or work, then you won’t have to imagine what he might be up to.

3. Keep a positive mindset. While it may be nice to have a man, you don’t always need one. You can use your free time away from him to take a class you’ve always wanted to take or spend time with friends.

4. Be realistic and logical. If he hasn’t contacted you in a month, he might never do so again. But if he does, then it could be a good thing. Either way, you could benefit from keeping your options open to dating someone else if they come along.

5. Have a regular routine. When you’re stuck waiting for a man, it can make you crazy. Instead of focusing on his feelings for you, try doing chores around the house daily, exercising, and waking up early each morning.

In the end, we all need and deserve closure in our relationships. After all, this makes it easier to move on to someone who we’re more compatible with.

Guys can be secretive. It’s their right, I suppose… but that doesn’t mean they can treat another human being with the disrespect they are showing by ghosting you. It is entirely acceptable to ask them for clear answers.

If you enjoyed reading this post, you might want to read another of our articles about real men quotes. Since you’ll likely be moving on in search of “the one”, this is a good place to start.