We are going to discuss the pros and cons of imperialism in this article, we know that this one is a tricky topic.

If you are a native of an ex-colony of some imperialist regime, then this means you are quite familiar with all the upheaval imperialism creates in a colonized society. But that is a debate for another day. 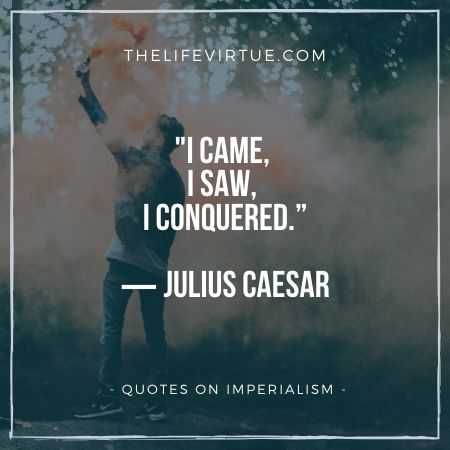 To understand how imperialism is good for some (colonizers) and bad for others (colonized people), let us discuss some of the pros and cons of imperialism to analyze the entire scenario objectively!

When you first come across the word “imperialism,” you are instantly reminded of your high school history classes.

This particular word is one of the most recurring words often used in history classes. No! It wasn’t because that word was your teacher’s favorite, but instead, it was because this particular word defines something so crucial in human history that it’s not easy to get over it any time soon.

So what is imperialism?

Imperialism can be defined as a country’s’ policy to strengthen its economic and political power through colonization, use of military force, and other such means. Quite a familiar concept, right?

It is a form of diplomacy that was professed by colonialist regimes.

15 Pros and Cons of Imperialism

1. Pros and Cons of Imperialism – Access to New Technologies

Now, this may sound offensive to some, but let us look at it objectively. Many colonies were under-developed. They were not familiar with the modern means of development.

The majority of their populations were leading an age-old lifestyle and lacked education (No! We are not saying they were barbarians).

However, their soil was plentiful, and raw materials were abundant (the primary interest of colonizers), but these people lacked proper means and resources to use their natural wealth for development. 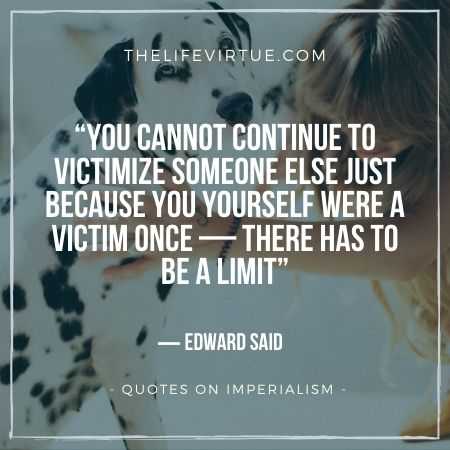 The imperialist powers came to not only colonize their land but also influence the entire society at the micro-level. They brought new technologies and modern methods with them. Those colonizers built roads, mail systems, railway lines, and introduced a proper education system.

One such example is the British Empire in the sub-continent. The buildings, such as universities, government offices, and lodges, are still functional and the epitome of Victorian-era beauty! The British people were trendsetters when it came to modernization.

The industrial revolution was diffused to the colonies that were agrarian in their mode of economy, previously.

2. Expansion of the Market

Imperialism provided nations with expanded market places. It was not merely about territory acquisition; it was also about acquiring rare goods such as spices, muslins, rare animal species, and even slaves. Access to agricultural products also increased, which help in catering food demand.

It also provided a wide variety of consumer goods and the opportunity to pick and choose goods from origins that were best known for their production.

3. It Revolutionized the Defensive Networks

Imperialism gave rise to robust defense systems among borders. With the creation of a common border under a single and vast empire, people were able to benefit from defensive networks.

The colonizers protected the native land from foreign threat (although it was to maintain their hegemony) and prevented foreign power to dismember an indigenous society. They used their defensive capabilities and superior military forces, introduced modern weaponry to the native lands (Thanks to them! Some of their introduced methods helped natives to gather strength and rebel against them).

4. It Gave Rise to Ethnic and Cultural Diversity

It wouldn’t be an understatement to say that imperialism gave rise to the early process of globalization. It gave rise to global exposure and increased contact among cultures and ethnicities. 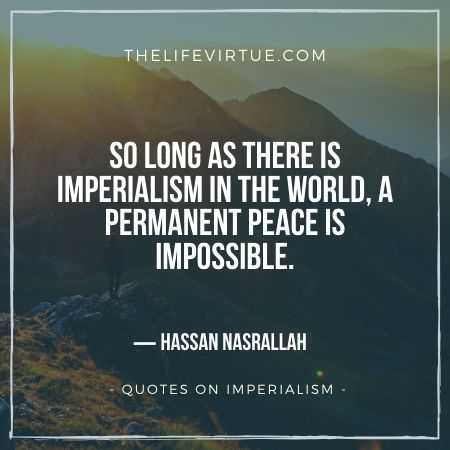 Previously isolated cultures got known and also benefited from modern means of lifestyle. It also gave increased inter-racial progenies and increased the chances of survival. Imperialism can also be called a forefather of “global culture.” It introduced not only new ideas in colonies but also assimilated several approaches and methods from them.

5. The Modern Concept of Government was Introduced

Imperial powers, such as the British, introduced the idea of democracy in their previously monarchial colonies.

The entire political scenario evolved during their reign, which also set the stage for their settlement to use modernized ways of standing on its own feet and kicking out its’ colonizers.

The introduction of democratically elected leaders and the parliamentarian system is one of them.

1. Pros and Cons of Imperialism – It Created Conflicts

Imperial powers created an upsurge in colonized societies. It gave rise to internal as well as external conflicts. Many of the conflicts and wars of the 20th century were the direct result of imperialistic imposition.

Millions of people died fighting wars for and against imperial powers. Countries turned against each other and continued to fight for power and money; meanwhile, the entire population suffered.

2. Pros and Cons of Imperialism – Exploitation of Colonies 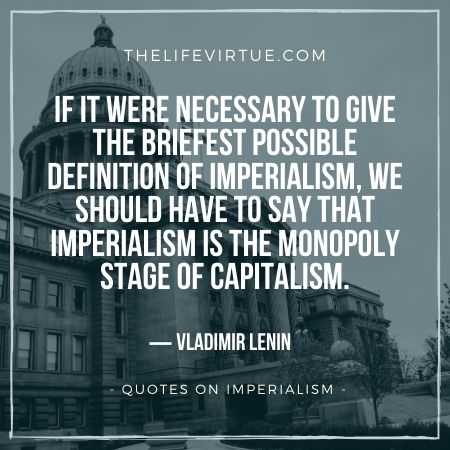 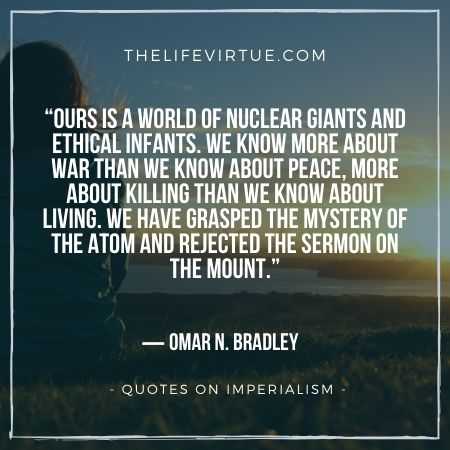 The development that imperial forces brought to their territories is a minuscule facet of their reign when compared to the massive exploitation they did. Imperial powers exploited not only the natural resources but also the native workforce by forcing them into slavery and cheap labor. They looted the colonies of their natural resources and used them for their development.

This completely exhausted the economy and wealth of their colonies.

3. It Wiped Away Local Culture

Even though diversity is a good thing, but if you are exposed to variety through colonization, then you know exactly what dire consequences natives are going to face. Colonizers not only looted the wealth of colonies but also robbed them away from their rich cultures and histories. Entire libraries burnt away, artists and writers being publicly executed were a common scenario in the past. Local accounts were white-washed, and even their religion and languages were affected. The majority of colonizers were hostile towards natives and deemed them as “barbarians and exotic.” In attempts to ‘civilize’ natives, they did force conversions.

4. Pros and Cons of Imperialism – It spread diseases

The colonizers not only brought advancements with them but also brought new conditions to native lands. They not only took away the resources of native lands but also contracted some of the congenital diseases. This gave rise to the concept of “global diseases.” Diseases from one part of the world spread quickly to the other. It caused the devastation of many populations.

Colonization led to the expansion of the slave market. Natives were forced to go far off lands and serve as slaves. This put a more significant question mark on the human rights issue. Slaves were dealt with utmost brutality and were subjected to poor treatment than animals.

6. It increased discrimination and hostility

Colonization led not only to the discrimination of natives but also to resentment for “foreigners.” Racial stereotypes advanced with colonization. Many ethnicities and cultures became rivals of each other, which is still prevailing to the present day.

7. It was an expensive process 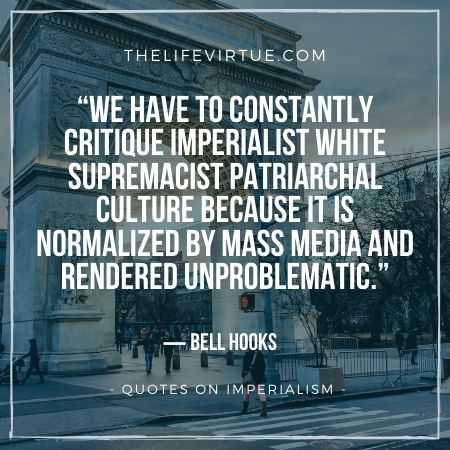 Keeping a large empire consolidated, having a large military force and weaponry, generating enough money to support the invasion agenda is not the cheapest task to do. It can drain the entire economic and political energy of the colonizer too. Colonizers spent more on military and warfare than anything else, which became very taxing for them.

Thanks to the colonization! Religious crimes became widespread and gave rise to intolerance and extremism. Forced conversions and tampering with spiritual matters of colonies was one of the favorite hobbies of colonizers.

9. Pros and Cons of Imperialism – It created dependence

Some of the ex-colonies are still underdeveloped to the present date. One of the significant factors in their under-developed status is that they were economically and politically exhausted by the colonizers that, even after independence, they are unable to stand on their own without being dependent on foreign aid.

10. Pros and Cons of Imperialism – It divided nations

The end of colonization resulted in many new countries emerging on the world map. One of the significant reasons is not independence from their colonies but a consequence of socio-political upsurge created by these colonizers that made it impossible for nations to stay undivided once they are freed. The division of sub-continent is one such example. Countries living together for centuries had to break away onset independence because the imperialist regimes heightened the internal tensions.

As we have discussed the pros and cons of imperialism, one thing is pretty clear that although imperialism had some advantages that changed the course of history, the disadvantages outweigh its’ pros because humanity suffered a lot at the hands of imperialism. Imperialism is not an outdated concept. It continues to linger on in the present day but in its transfigured form, such as cultural imperialism. Let us discuss a few of the types of imperialism.

The stronger or wealthier nation extends its control to other countries through invasion and settlements in their lands.

The imperialist regime operates from outside the country without settling in the native land. Their influence is majorly political.

In this kind of imperialism, imperialist power affects the development of another country without having direct authority. It is done through gaining trading rights etc.

The country is independent, but a foreign business economically controls it. It is a by-product of a capitalist system and continues to prevail in modern societies.

FAQ – Frequently Asked Question On Pros and Cons of Imperialism

What Were the Positives and Negatives of Imperialism?

Colonialism can give the indigenous people from various countries many positive opportunities as well as the change to live a better new lifestyle. Imperialism may change the laws giving citizens greater freedom and rights.

What Are the Disadvantages of Imperialism?

Imperialism is not good for the nations which are not in power. A nation that is a society of some other empire is under pressure. Imperialism provides rise to racial discrimination and prejudice.

Is Imperialism A Good Thing?

Imperialism was a good thing for the whole world. it allowed countries to get more wealth, and by which they could better their country. Countries could better propagate the good parts of their nation to their colonies, improving and developing it and its citizens.

When Did Imperialism End?

The American Revolution 1775–83 and the ruin of the Spanish Empire in Latin America during the 1820s culminated in the first era of European colonization.