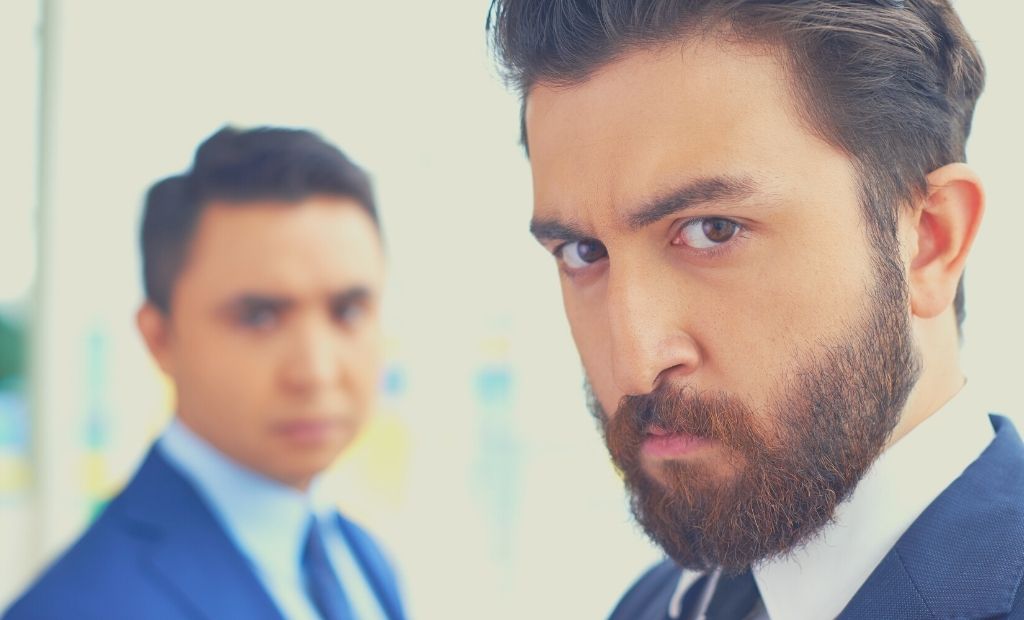 If you are like most people, you work hard at your job and value an atmosphere of inclusiveness, teamwork, and a place that celebrates your accomplishments. A place where your co-workers and bosses are happy to see you learn, grow, and crush goals.

Who doesn’t love to receive recognition from their boss for a job well done and receive raises and promotions? We all do.

However, there are occasions when the very person you feel would be excited to see you crushing goals and doing excellent work doesn’t seem so happy about it. The person I am referring to is your boss. Many would expect it from co-workers, but not the boss.

Rather than celebrate an employee for accomplishing great things, being an adaptive learner, and utilizing their strengths, some bosses feel threatened or intimidated by a talented, strong, enthusiastic, and driven employee.

What Can Cause Someone to Feel Threatened or Intimidated by Another Person?

There are many signs your boss is threatened by you. Those signs are rooted in the following issues:

Bosses with self-esteem and self-doubting issues are afraid to neither make decisions nor handle personnel issues and disciplinary actions. This is because they are so scared of what others may think and do not accept anyone who isn’t always agreeable and a “yes person.”   However, they take their frustrations out on you because they are intimidated by you.

There is nothing you did to them, in particular, most of the time. It is something that your boss or any person feeling threatened or intimidated is going through within themselves. As a result, they are worried you may outshine them or show them up. This could be why they don’t particularly value your input and perspective. If you are an opinionated person, others may feel threatened or intimidated because they are sensitive to criticism.

When noticing signs your boss is threatened by you, you may find they could also be self-obsessed, self-centered, and lack empathy.

In addition, this type of personality will play with the emotions of others and look down on them. Furthermore, they seek power and attention… and never take the blame for failures, but hogs all the success.

As a result of it, you are often made to feel unappreciated, belittled, and they make you out to be what’s wrong with your team. Rather than make others work harder to pick up the slack, you are pushed harder to accomplish more work. You cannot get away with things the other employees do, such as taking extended breaks or standing around visiting.

Bosses who are jealous and controlling see you excelling and shining, getting recognition, and they don’t like it. Many who are jealous like to play the comparison game.

They hold you back on the premise that they were not yet doing what you are doing at the same length of tenure. For example, your boss was promoted after 1 year, and you are being considered for a promotion after six months. So, out of jealousy, your boss seeks to hold you back because you’re progressing so quickly.

Other bosses are controlling. They micromanage every aspect of your work, making you less productive. This is done in an attempt to “show you who is in control.”  But, unfortunately, it doesn’t give you the flexibility to be a free thinker or problem-solver, which are some of your stronger characteristics.

In addition, your boss may have some biases against you based on their upbringing, such as gender or racial biases. For instance, you are held back and treated unfairly because you are a woman or of a different race.

Lastly, some bosses just don’t have good leadership skills. Unfortunately, many employers make the mistake of promoting based on performance numbers rather than a person’s personality and character.

For instance, some professional sports coaches became coaches because they were skilled and talented players on that level. However, many other coaches got the position because they have excellent motivational skills. They also possess people management talent and the patience to help players develop into more excellent versions of themselves. Yet, despite the fact, the coach was never skilled enough to play themselves professionally.

Many of our bosses just don’t have the leadership ability, people skills, and patience to be a boss and it shows in the way they treat you and your co-workers.

15 Signs Your Boss is Threatened or Intimidated by You

The Effects this Can Have on You

When thinking of signs your boss is threatened by you, you’ll find this type of behavior from a supervisor on your job will have many effects. We are often left to feel unappreciated, stressed out, overworked, undervalued, and that we deserve better. Because of this, we seek employment elsewhere, at a place that values our contributions and everything that we bring to the table. It is said that sometimes people don’t quit bad jobs, but they quit bad bosses.

A boss that mistreats you because they feel threatened and intimidated by you often makes you second guess yourself. For example, you used to volunteer for specific projects, but now you are afraid to. As a result, you worry volunteering for the task will bring undue hardship to you.

You used to enjoy your job but have found yourself stressed out because of it. For example, you used to get to work 30 minutes early, now you’re dreading it so much you show up right on time.

Furthermore, you once had ambitions to work your way to the top and always volunteered for overtime, but now you just try to do your job and go home at the end of your shift.

Because of this, you’re no longer looked at as a team player. The problem appears to be you, not the boss that crushed your ambitious spirit for the job.

Ways to Diffuse the Situation

To diffuse the situation, you could try a few of the following suggestions.

Talk directly to your boss.

Let them know how their behavior is affecting you. Reassure them that you are a team player and value being a part of it.

Go over your boss’s head.

Talk to their direct report and express your concerns. It could be that others have received and reported the same treatment. They may be able to see the established pattern and address it. In some corporations (depending on the environment you are working in), there is safeguarding in place if you are retaliated against.

Ask to transfer to a different area or department.

It will get you away from the supervision or the boss who is intimidated or threatened by you – who’s treating you poorly.

If your difficult boss is trying to steal the credit, just give them credit publicly. It takes nothing away from you and your ability to continue producing quality, praiseworthy work. The cream always rises to the top.

Go to a workplace where you are valued for what you bring to the table.

One important thing to remember is not to lose heart when dealing with a difficult boss who is jealous, intimidated, or threatened by you.  Don’t let their treatment of you cause you to lose your fire inside to do the best job possible. In addition, remember that it doesn’t devalue you personally or professionally when someone fails to acknowledge the value you bring to the table.

By continually working hard for a demanding boss, you may eventually help them see you in a different light… and their feelings could change. On the contrary, you may get the opportunity to transfer or leave and work for a boss who values your contribution and your input.

Life is too short to be stuck in a job where you are made to feel inferior, treated like an outsider, and feel stuck with no opportunity to advance. Recognize the signs and do what you can to change the situation.