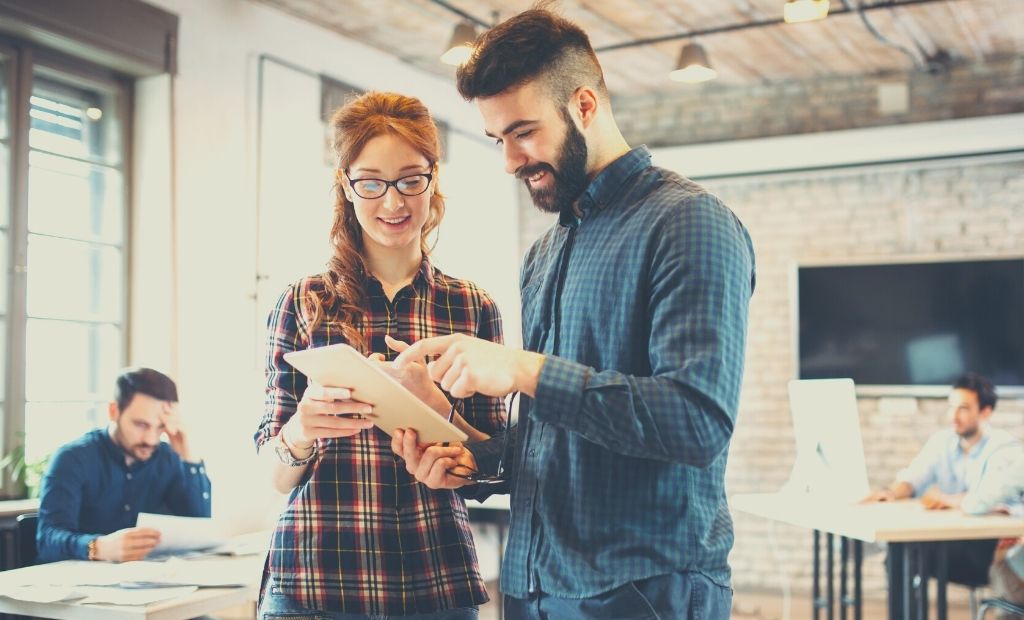 Workplace attraction is nothing new and I have been on both sides of this situation. While I never actually dated a guy I worked with, I was asked out by someone I was not interested in a few times. I also had the misfortune of having a crush on a guy who got weird when he picked up on the fact that I liked him.

While those situations did not work out, at least it made mundane work hours go faster when we could chat. Office flirtation is usually obvious, but in some cases, you may be wondering if you’re picking up signs a female coworker likes you but is hiding it.  So let’s take a deeper look into love at the workplace and figure things out together.

Is it Okay to Date Someone You Work With?

Studies show that many people spend more time at work than they do at home. So naturally, there’s a chance that office romances are inevitable. However, some employers prohibit office dating, not only because they think it has a negative effect on workplace productivity, but also because of the innate power imbalance between employees and management.

Plus, workers who date their co-workers aren’t guaranteed a happy ending. Either the relationship doesn’t work out, or the employer doesn’t approve and terminates the employee for becoming involved with a coworker.

On the other hand, those who believe in love at work say that love is an unstoppable force and should be celebrated as such. In fact, despite company policies against interoffice romances, most offices still have one couple that snuck under the radar and seems to be thriving in the face of restrictions.

The acceptability of dating a coworker depends on your company’s rules and cultural norms. Before engaging in any romantic behavior, know the chances of losing your job and how others feel about interoffice dating according to research.

Reasons Why a Woman May be Hiding Her Feelings

She may simply be too shy to show her feelings. She may fear rejection and a look of disgust on your face when you find out that she likes you too much.

Maybe she has been hurt before by a previous relationship and doesn’t want to risk getting hurt again. She might be insecure about your feelings so it’s better to keep things hidden until you get to know each other better.

She might not want others at work to know about her crush on you. It could be she feels embarrassed because you might not feel the same way or because everyone else at work may tease her if they find out about her feelings for you. Everyone does not enjoy workplace gossip! 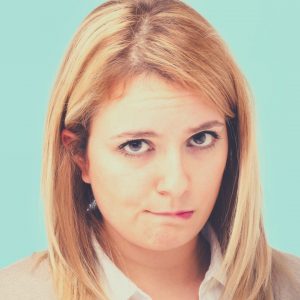 There can be a conflict of interest in some cases. Say, for instance, she is your boss and worried about losing her job. It may not be advisable to fraternize between specific departments.

In some cultures, women are still expected to be timid and shy while men should always take the lead. Because of this social construct, it is easier for women to be indirect when it comes to their feelings.

She May Not Be Single

She might not be single but feels attracted to you. She could actually be in a good relationship at home but simply have a crush that she has no intention of acting on.

The office hierarchy plays an important role in determining the chances of a successful, or even possible, office romance. If you are not on the same level (i.e. manager and subordinate), or there is too big of an age gap, the relationship would naturally be frowned upon by others.

And even if you hold comparable status and are close in age, it’s still possible for people to not like you two being together. Your work dynamics and personalities might be too different from each other’s.

Although we all know someone who went through an office romance and ended up “happily ever after,” there are also plenty of cautionary tales about what happens when workplace love goes bad. The last thing you want is to be harassed at work after your relationship crumbles.

25 Signs a Female Coworker Likes You But is Hiding It

If you’re still wondering if you have a potential love situation on your hands, keep reading for 25 signs to help you figure it out.

If you have noticed these signs in a female coworker, you might now feel awkward – especially if you don’t share an interest in her. So, we should think about some ways to handle a potentially sticky situation at work.

What to Do If You Are Not Interested In a Female Co-worker Who Likes You?

Sometimes, the feeling just isn’t mutual… or you’re not available.  When this happens, here are a few tips to navigate these shaky waters without making too many waves:

Also, here are some nice things to say to let her down gently, should things come to that. Words like:

Always remember to be aware of what your actions are saying. Don’t let her get the wrong idea by being too friendly. If you occasionally go to lunch with her, don’t abandon all your other work buddies. Maintain a friendly but professional distance between you and the girl who has feelings for you.

If she makes you uncomfortable and does not get the hint, talk to your co-worker’s supervisor or your boss about the situation.

What if You Are Interested In A Female Co-Worker Who Likes You?

If you are interested in the other person, but don’t want to act on it because of workplace regulations, just keep your feelings to yourself. You can attempt to be a little flirtier around the girl who likes you… but try not to come on too strong since other workmates might get jealous or catch on.

Do not let your personal life bleed into work time. Keep some boundaries between you and your co-workers, no matter who they are. If you have feelings for the person and want to pursue her, ask your co-workers out for a drink after work. The conversation should not be held in a professional environment, so you can get to know her better.

If you have been flirting all along and there are no signs of her being interested, just give up. She might not be interested or she may have a boyfriend already, so move on.

Sometimes, you might not know if a woman is interested in you or just being nice, so try not to over-analyze her behavior. Also, do not assume anything and just give up if you have been unsuccessful. A woman can be friends with a man without having any romantic interest.

A co-worker liking you could simply be a harmless crush to make the hours at work pass faster. However, if mutual romantic feelings arise, be aware of work rules about dating your co-workers. It is usually fine if you are the only two involved, but problems arise when there is a group that will be affected by your relationship.

When work regulations prevent a budding relationship, play it cool for a while. Keep your fingers crossed that one of you moves on to a different department or company – then you can ask her out.

Who knows? Maybe you will be one of the lucky many that meet their future spouse at work! Keep your mind open to possibility, while not losing your head. Be smart about it, but kind. And if you develop mutual feelings for the girl who likes you, check out our article on Funny Things to Say to a Girl to Make Her Yours Forever.