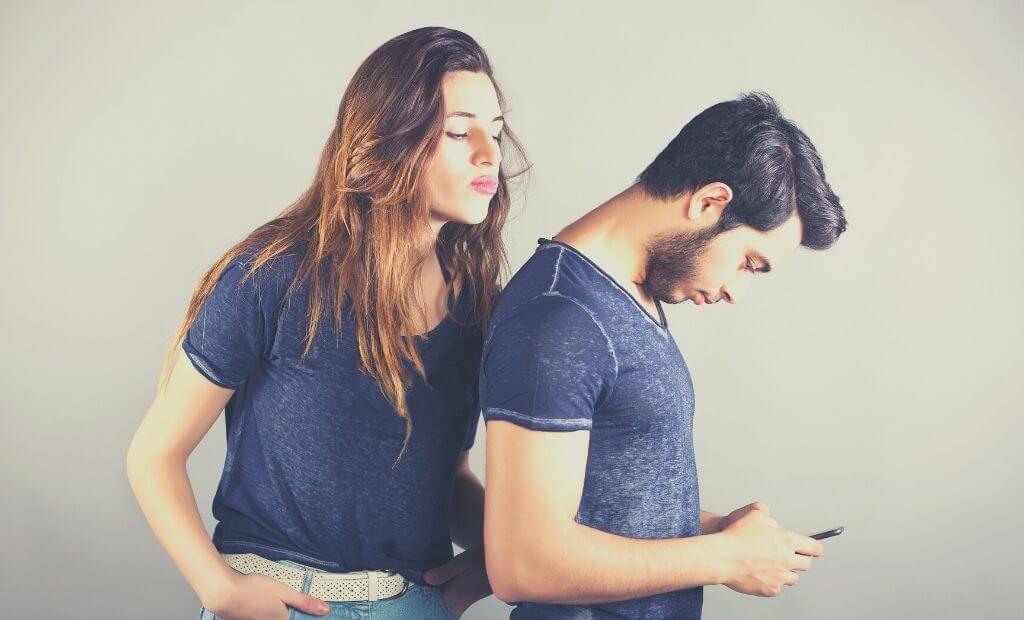 If you’ve ever had a sneaking suspicion you were a guy’s side chick, but weren’t quite sure, you might want to know the signs of being one. I had a problem like this once, where I had no clue I was someone’s side chick.  And although this felt extremely degrading at the time, I actually laughed at myself after the fact for not picking up on it.

The reason why I was able to laugh was because I escaped before becoming too involved or invested in the relationship. Plus, I have a sense of humor about these types of things.  But none of this matters.

What matters is figuring out how the guy feels about you, so you can determine whether or not you’re wasting your time.  Don’t play hide-n-seek from the truth. Face your fears and you’ll come out ahead in the end.

It’s important to understand that living your own life, having self-respect and self-love and being your authentic self is worth more than being someone you’re not. This can prevent you from being hurt by someone who might not be worth everything you have. In this post, I’ll be going through the signs of being a side chick.

What Is a Side Chick?

A side chick is a woman who has intimate relations, usually in secret, with someone who already has a wife or girlfriend. This person is often referred to as the other woman or a mistress. For one thing, if you’re the side chick, you’ll never be someone’s first priority. The man probably has a wife and kids to take care of, if not only a girlfriend.

Further, being the side chick can be emotionally devastating because the man won’t acknowledge your existence to anyone and you’ll be his “dirty little secret“. Not only this, but he’ll never leave his current relationship for you. And on the rare chance he does decide to leave her for you, you’ll still get hurt.

Not only are you being used for sex, but you’re waiting around for him to make a move and rear his ugly head. Everything is on his terms.  But you don’t have to be the other woman for long.

First and foremost, you need to understand that you deserve to be treated better than this. Secondly, dump him and find someone who values you as a human being. There are plenty of single men out there who are worth your time and effort.

Signs of Being a Side Chick

Consequently, you might not even know whether you’re the side chick or not. But you might feel confused about your relationship because your man doesn’t answer your questions enough. No matter what, these signs of being a side chick can help you educate yourself so you’re less likely to be fooled.

1. You Don’t Know His Friends

When a guy introduces you to his friends, he probably wants to involve you in his life more. But if you don’t even know his friends, then he doesn’t take you seriously. Of course, you might have mutual friends. In this case, he’ll avoid one on one dates and spend more time with you in your friend group.

2. He Won’t Get Personal with You

With a side chick, the guy won’t get personal because he doesn’t want to get emotionally attached.

In fact, you could even believe you’re dating him when he sees you as a convenience in addition to his girl. You could share your personal life with him, but when you ask him questions he won’t want to say anything about himself.

3. You Have Secret Date Spots

Despite the fact you might actually care about this man, he’ll want to hide you from the public eye. This means he’ll meet you at secret places where people are less likely to see you two together. Indeed, most of your date nights doubtless consist of watching Netflix and chilling.

4. Your Meetings Are at Night

Again, your man wants to keep you a secret, so he’ll be focused on nighttime meetings. This could be after work hours. Additionally, he texts you at late hours, such as after 10 p.m. These are booty call hours. If you keep questioning whether you’re only a booty call or not, think about why he might not call you to hang out during the day.

5. There Are No Photos of You Both

Hiding you is always on his mind, so naturally, he won’t want to take photos with you. This means no one can place you together on social media or anywhere else. Plus, if people see you as an item, he won’t be able to find a better side chick to take your place.

He may only see you once or twice a week. Meanwhile, you wonder what he does with the rest of his time. If he really cared about you, he’d spend all of his time with you. This means he’s likely dedicated to someone else he views as more special than you.

7. He Doesn’t Sleep at Your House

He won’t stay where you live because his girlfriend or wife is waiting for him at home. If he stays over, he’ll appear dishonest and his real significant other will start to question his whereabouts. He has the whole situation planned out so no one finds out about his cheating ways.

8. He’s Secretive With His Phone

He either leaves the room to talk or ignores the call completely. Your guy who’s not yours does this because he knows it’s another woman calling him. Since he doesn’t want to lose either one of you, he’s trying to trick both of you.

9. He Suddenly Disappears for a Time

Whether it’s for days or weeks, he’ll disappear and won’t tell you what he’s doing or where he’s going. Then out of nowhere, like magic, he’s back. He might have a tendency to do this because his partner becomes suspicious of him.

While he might not tell you where he lives, you tell him where you live.

And it’s highly likely he does this because he lives with another woman and he’s trying to keep her a secret from you. He’s being sneaky and this can leave you feeling confused.

If his parents know who his actual wife or girlfriend is, this means he can’t introduce you to his family. There’s no way around this fact. He plays games with you to keep you hanging around.

12. Your Name Isn’t Saved on His Phone

His wife or girlfriend might look through his phone to check up on who he’s talking to. She probably does this out of mistrust. This makes it vital for him to either not save your name or save you under a name that’s not yours. In other words, he’s hiding any evidence of you being in his life.

Although he may treat you like he’s your boyfriend, he doesn’t actually prove it with his actions. For example, he won’t accompany you to any of your friends’ get-togethers and he won’t attend weddings you invite him to. Actions speak louder than words and he acts like a stranger, not the boyfriend he claims to be.

14. He Sees You in the Same Time Block

He knows how to keep his cheating ways a secret from his real partner. One way he goes about this is to always have a specific excuse for being gone at a certain time and day. This is why he sees you in the same time block.

15. He Doesn’t Answer Your Calls

He might not pick up when you call because he’s with his girlfriend or wife.

So while you’re trying to contact him, he may even be spending time with the family you didn’t know he had. You’re only left to imagine what he could be doing.

16. He Knows How to Keep You Happy

He gives you what’s necessary to hold your attention. Each time he notices you starting to distance yourself, he reels you in again with another gorgeous smile and the compliments you love. This is because he understands how women think and he’s manipulating you to stay interested in him.

17. Your Expectations are Low

All he has to do is text you once for you to feel butterflies. Or he could do something else as little as wish you good night. He knows he’s set the bar low and he has you where he wants you. He doesn’t have to make much effort to get what he wants. And you don’t have to settle for less than what you deserve.

18. He Doesn’t Prioritize You

Guys generally know how to treat a woman with the respect she deserves. If he’s not there when you need him, it’s probably because another woman is higher on his list of priorities. You should always be a man’s first priority and you shouldn’t have to make demands to make him care about you as a human being.

If you find out he is seeing someone else – someone whose name is in his phone or his friend on Facebook – there’s almost no doubt she’s his girlfriend or wife. This is even more likely to be true if he doesn’t treat you like his real partner. This means you’re stuck being the side chick while he treats his wife or girlfriend like a queen.

Things You Can Try to Graduate from Side Chick to Girlfriend

If you fall into the mistress category and there’s a girlfriend or wife involved, it’s likely unwise to continue with the relationship. You’ll only be wasting your time on a man who’s emotionally and physically unavailable, which isn’t worth it.

That being said, if he’s the “unicorn” in this scenario and simply a guy who’s unsure about whether or not he’d like to commit to you… you can try to graduate from being the other woman – to girlfriend. Here are some tips:

Final Thoughts on Signs of Being a Side Chick

If given the choice, most women would rather be the wife or girlfriend than someone’s side chick. As his main squeeze, you would likely be treated like the princess every female deserves to be.  He’ll prioritize you, introduce you to his family and friends, and you’ll be the person he turns to in times of need.

Still, there are women that don’t have problem with being someone’s side chick. This is because being the girlfriend requires more of a genuine effort, while being the side chick can be strictly for fun.

If you wouldn’t be cool with being a side chick, or suspect you might be, knowing the signs can help you avoid future problems. If you continue to be the other woman, you’ll not only be hurting yourself, but potentially cause devastation in his world.  After all, he may have a family… a wife and kids who are just as much in the dark as you are.  Every woman should have a man who genuinely loves and respects her. Taking enough time out to truly consider what’s best for you in your romantic relationship can improve your quality of life. If this article resonated with you, you might enjoy reading another of our posts about true love signs from a man.