What Does Heyyy Mean? Let’s talk about it in detail!

“Heyyy” is a simple word, an interjection which is often used to attract someone’s attention. It is a casual way to start a conversation. There is nothing special about this particular word unless or until this comes off as a text message by special someone.

It can be your crush, your significant other, or maybe from your ex.  A simple “hey” can mean a lot of things depending upon who is sending it and what are your dynamics with them. We are here to help you analyze “what does hey mean” based on different contexts. 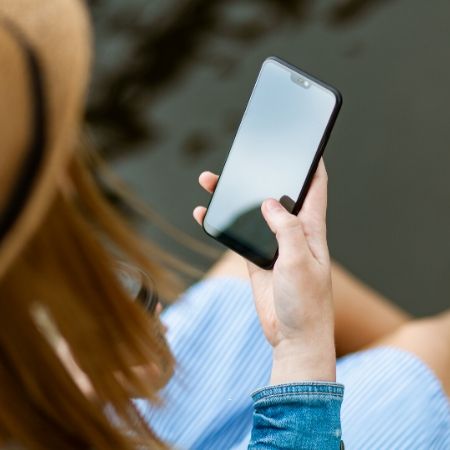 What does Heyyy mean? – 3 Reasons Why your Crush Sends You Heyyy

1. It is a friendly gesture

If your crush sends you hey text after it’s been a while you guys have exchanged your numbers or added each other on social media then it means that your crush is being friendly by initiating a conversation.

This might seem a casual gesture, maybe it really is, but the initiation of conversation is a positive sign which is going to define how things are going to turned out to be. You may be wondering why it’s just a “hey” and not something else. It might be because no one likes to reveal too much whether feelings or intentions at the beginning of something.

“Hey” is an innocent façade that can entail a lot of amazing or surprising (at times) stuff in the future.

2. They just wanted to ask something

When your crush sends you a “heyyy” text out of nowhere maybe they want to ask something. Either it is about your course, some event nearby or anything interesting. A simple hey is a text message that anyone would send you before getting straight to point.

It is an appropriate gesture that doesn’t appears mean especially when you want some information out of someone. 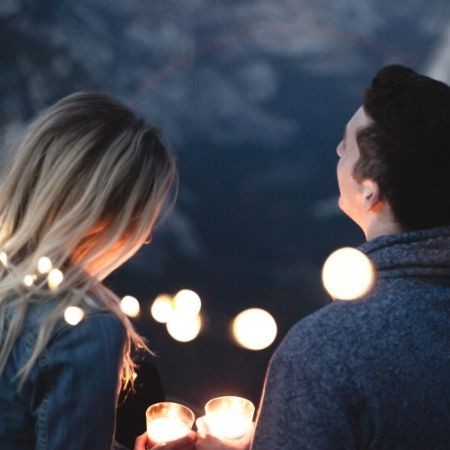 3. There is something more to it – What Does Heyyy Means?

This one pertains to aforementioned points however it may mean that they want to get more close to you since texting is a sort of interpersonal communication that makes expression easier.

What cannot be said in a person is easier to say on text. Mostly, people like breaking the ice over text because that doesn’t make either side much awkward. 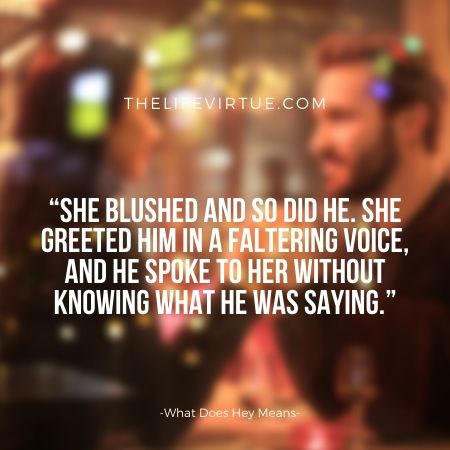 3 Tips on How to Respond to “Heyyy”

It takes minimal effort to type three words and send it to someone. This is what makes you confused.  You are not just confused but also anxious because now you want to craft the perfect message to send to your crush.

You will keep on wondering whether to start a conversation or wait for some time to see if they text something else too? Since a simple “hey” doesn’t starts a functional dialogue.  Here are three types of texts you should send back:

A simple hey by your crush puts pressure on you to respond appropriately and make the conversation interesting.  When you reply them back with hey then it will put the ball back in their court. At first, you might want to act a little sassy due to the fact that it is frustrating to see a minimal effort by your crush.

But hold on! Wait how it turns out to be then you should accordingly.  Play along for a while.

This is one step ahead of responding to hey. This adds a little bit of interest in the conversation. It is simple enough to see whether a two-sided conversation can take place interestingly or not. It is much better than replying back something boring which can kill the conversation. This is a vanilla response that can give to let them know that you are interested to carry on with the conversation. 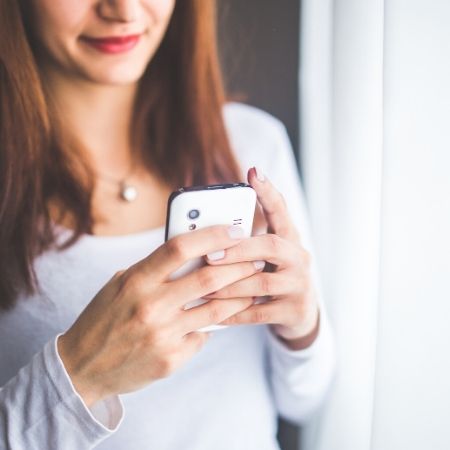 3. Hey, how are you [insert a specific question].

This is the maximum effort you can put into responding to a single “hey” message. It shows that you are not just friendly but also open to conversation. Asking a specific question will give some direction to your conversation.  It will also make this easy for you because narrowing down the topic means you are showing interest in them. Now it’s up to them to show the same level of interest or not.

What Does “Heyyy” Mean? – 5 Reasons Why Your Ex send You “Heyyy”

1. They miss you – What Does Heyyy Mean?

It is most likely for your ex to contact you after a few months of breakup. This is the time when things have settled and they really start to miss you after those initial hard feelings. The reason they texted you with a simple hey and nothing else is that saying heyyy is more appropriate, less harmful and least likely to embarrass them if you don’t reply back. 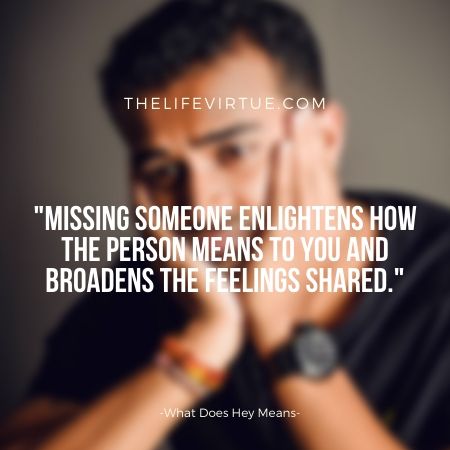 2. They want to get attention

Some exes randomly text you from time to time on purpose. They are manipulative narcissists and still want to have control over you. Your ex may not want you to move on. They want to get a response out of you so they can feel validated.

3. They want to catch up

It can only be a friendly gesture on their part. You guys had a history together. Maybe something reminded them of you or maybe they genuinely miss you and believe that you can be on good speaking terms without any hard feelings.

4. They want to talk about something

This can be a little tricky. Their initial harmless “hey” text can really be a vendetta of hidden anger and maybe if you didn’t reply as per their expectation they would explode and a long ranting session would unleash.  Also, chances are, it might be a new confession or a piece of information they got that upset them and they want to talk about it.

Sometimes exes do not put much thought into texting and they just drunk text out of nowhere. A drunk text means they still got you on their mind. But as far as its implications are concerned it can be any of the aforementioned reasons.

This is the most important thing to keep in mind. Before doing anything, proceed with caution. Remember that your single step can waste your months of moving on. It can also make things worse. Weigh down consequences before acting on impulse.

2. Do not get over-excited

If you were really missing your ex and wanted them back all along, a single text may excite you a lot. But do not be over-excited or raise your hopes too high because after all its just a text and it’s just ”hey”.  However, it doesn’t mean that this text is meaningless. This means that the meaning might not be as per your expectations so hold on for a while.

3. Reply only if you think it can have any positive outcome

If you want to really reply to your ex then do so only if you are quite sure that the outcome wouldn’t create unnecessary drama and negativity in your life.

4. Do not text back excessively

Do not double text them. You don’t want them to think that you are desperate.  Keep the conversation to the point

5. Avoid venting – What Does Heyyy Mean?

Do not start venting as a response.  Showing your anger and hard feelings are of no use. No matter how much urged you are, do not lose your chill. Act and play cool.

What is Difference Between Hi, Hey and Hello Text Message?

Although all of them are pretty much the same based upon usual intention behind them let us decode them to see whether there is anything more to it or not after all its fun!

Meaning:  Checking up on you, wanting to see how you are. Hi is a more friendly and positive word. You can expect some good outcomes. (Just saying)

How it comes across:  Trying to be normal, something is up, are you mad at me?

Meaning: I am a decent adult

How it comes across:  I am a robot scamming you. This one is more innocent and plain than then the previous one.

Meaning:  Trying to start a conversation in a low-key manner.

How it comes across:  We need to talk.

FAQs on When a Girl Texts Hey:

What does Hey mean from a girl?

When a girl text you Hey on a text message then it probably means that she inquires you about being okay. But if she calls out Hey in a public place then that means she needs your attention.

What does Hi mean?

Well, it means checking up on you, wanting to see how you are. Hi is a more friendly and positive word. You can expect some good outcomes.

Would you believe that guys like it more when a girl first texts them? So be confident it is a big turn on and text him first.

Will a guy text you every day if he’s interested?

Well, the answer is not always he texts you whenever he finds the time but yes once in a day he must check up on you if he likes you.

Now as we have analyzed the various meanings attached to a simple hey based upon the sender and given you some handy tips, now it is totally up to you that how coolly you act and what kind of impression you give off. A simple text message brought the ball in your court now its your time to prove how much of a winner you are.