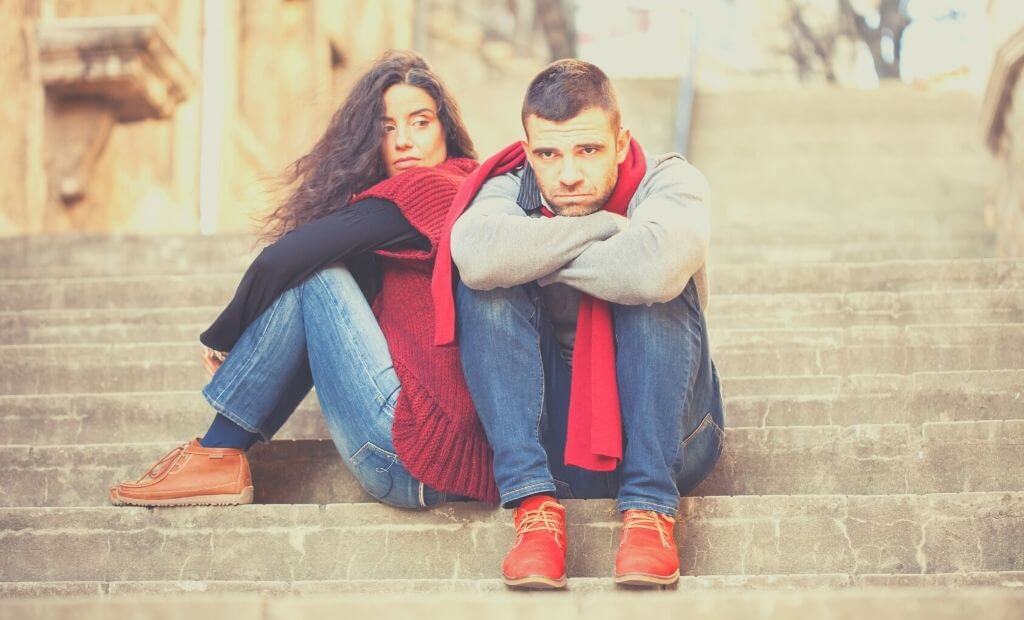 Dating can be hard, especially when you are not sure if someone is on the same page as you are. You may find yourself in a relationship with someone who wants something more serious, but is scared to commit. Let’s face it, we have all been there at some point.

Someone clearly liked you but would run hot and cold. Maybe they would chat you up and stare at you constantly but would never ask you out. It is extra frustrating when you are the girl waiting and hoping for the guy to make the official move or take things to the next level if you are already friends.

What are Mixed Signals?

Mixed signals are defined as contradictory behaviors or messages. In other words, one moment someone is treating you like a close friend or romantic interest, and the next they are acting distant or even ignoring you altogether. This back-and-forth can be confusing and make dating feel like a game.

The impact of mixed signals can be emotional. You may start to doubt yourself, feel anxious, or even become depressed. It is easy to fall into the trap of wondering what you did wrong or obsessing over what the other person is thinking.

Receiving mixed signals can also be a sign that the other person is conflicted about their feelings or is afraid of commitment. If you are on the receiving end of these signals, it is important to remember that it is not about you.

Mixed signals can be frustrating and confusing, but there are ways to deal with them.

How to Handle Mixed Signals

First, try to be direct and ask the other person what they want. This may seem scary, but it can help to clear the air and avoid playing games. If the other person is not ready to talk about their feelings, respect their wishes and give them space.

Do not take mixed signals personally. It is important to remember that this has more to do with the other person than it does with you. They may be dealing with their own issues that have nothing to do with you.

Finally, be patient. The other person may just need some time to sort out their feelings. If they are interested in you, they will eventually come around.

Now that we have gone over what mixed signals are and how to deal with them, let’s take a look at some signs that a guy wants a relationship but is scared.

17 Signs a Guy Wants a Relationship But is Scared

If you are wondering if your guy is ready for a relationship but is scared to take the next step, here are 17 signs to look out for:

If he talks about his ex a lot, it may be a sign that he is still not over her. He may be subconsciously comparing you to her in a good or bad way. On the other hand, you may even remind him of her. Maybe you look like his ex or you have similar mannerisms.

While it is not realistic to expect someone to give all their time to you, a guy will usually make time for the girl he is in a relationship with or wants to be in with.

Sure, he enjoys the time he has with you but if he is constantly busy or cancels plans, he may be scared or not ready to commit.

Even if he can only see you for an hour, if he wants to, he will. Let’s not forget, he can always invite you along to certain things if he is busy socializing with others.

Inconsistency can apply to many things in a relationship such as communication, quality time, and even sex. One day he is all over you and the next day he is distant. His feelings seem to change on a whim and run hot or cold.

I remember one guy going from bringing me treats at work to barely answering my instant messages the following week. Oh well.

If your guy is inconsistent, it may be a sign that he is not ready to commit. This can be frustrating and make you feel like you are always guessing what he is thinking or feeling.

Does he flake on plans or cancel at the last minute? This can be a sign that he does not value your time or is not interested in spending time with you. While he may like you to an extent, constant flakiness can be a sign that you are a last-minute option to someone he wants a relationship with more.

Does he seem distant or always keep you at arm’s length? In other words, is he very vague with you but quick to share information with others? This can be a sign that he is not ready to let you in or is scared of intimacy. He may be afraid of getting hurt or being rejected.

If he is still active on dating apps or websites, it may be a sign that he is not ready to settle down. He may be looking for something better or just enjoying the single life. Either way, it is not a good sign for the future of your relationship.

I remember back in the days of Myspace, there was a coworker that I liked who seemed to like me back. I was giddy when I was added to his account until I saw that he had like 5,000 female “friends”, some of whom made very suggestive posts.

While it did not end my crush immediately, it was clear he was very popular and was not really trying to settle down anytime soon.

Sign #7. He’s Not Ready to Meet Your Friends or Family

Meeting friends or family is a usual step in a real relationship. However, if your potential guy runs for the hills after an invite to Sunday dinner or a friend’s birthday party he can attend, it may be a sign he is too scared to go deeper in your life. He may be afraid of getting too attached or being rejected by them.

So, you sent him a text or two and even left a message only to still not hear back from him. While it is not always a sign that he is not interested, it can mean that he is not ready to take things to the next level.

As time goes by, if he is constantly ignoring your attempts to communicate, it may be time to move on. At some point, if he really wants a relationship, he should have some decent level of contact with you when you are apart.

While this one may seem a bit superficial, how someone presents themselves to the world says a lot about them. A messy place usually means a messy person.

This can be a turnoff for some and may be a sign that he is not ready to let someone else into his life. However, he may clean up for the right person.

Years ago, I remember a short-lived crush giving me a tour of his house before the party he invited me to. I was disgusted at how filthy it was (but remained polite) and he seemed unphased. He joked about the gross bathroom and dirty dishes.

In any relationship, both parties have to be willing to make sacrifices or compromises. When I say sacrifices, it may mean giving up your Saturday night to stay in or going to that art museum he loves even if you would rather see a movie.

You both may have a blast when doing common things together but if he is too scared to make a sacrifice, it may mean he is not ready to let you into his life.

Back in college, a friend-of-a-friend claimed he wanted to date me telling me about his ex-girlfriends and explicit details of his sexual exploits. It was very off-putting and made me feel like he did not view me as a potential girlfriend but more as a buddy.

However, he later made it clear he did want to date me, but I was not convinced of his seriousness due to how he previous spoke about women.

If he talks to you about other girls or his past relationships, it may be a sign that he is not ready for something serious.

If he is fresh out of a relationship, he may not be ready to jump into another one. He may need some time to heal from the previous relationship and learn from his mistakes.

When a guy truly wants you in his life, he will ask you and make the effort to see you. So, if you are always the one initiating plans or he cancels on you last minute, he is not sure about going further with you.

Are you not sure of what your labels are? Like are you friends with benefits or girlfriend and boyfriend? It can be hard to tell where you stand with someone if they are vague about their plans. If he dodges the question whenever you bring it up or he changes the subject, consider it a sign of fear or disinterest.

In a new relationship, it is normal to want to keep things between the two of you at first. However, if months go by and he still has not introduced you to his friends or family, he may have some fear.

He may worry about his family’s reaction for several reasons like parent temperament, culture, etc. He may also be afraid of what his friends will think. If he is not ready to share you with the people who are important to

You may have been seeing each other for a while but he never officially calls you his girlfriend. While you consider him a boyfriend, in his mind, you two are just casually dating with no real commitment. He may enjoy your company but is not ready to make things official.

You finally built up the courage to ask him how he feels about you and he says, “I don’t know.” He may like you but is unsure of his feelings. Depending on his relationship experience, he could be letting you down easily or he may truly be unsure.

Falling for someone may be hard to define when it first happens. We may be in love with someone but not be able to admit it to ourselves just yet. It is not always easy to run into the arms of the person you love. So don’t be surprised if your guy runs the other way at first.

These are just some signs that a guy wants a relationship but is scared. If you are seeing a guy who exhibits some of these behaviors, it does not mean the relationship is doomed. Sure, he may not be ready for a new relationship … but he also may just be unsure of how to go about it.

You may just need to have a conversation with him about where the two of you stand and what he is looking for. Honesty is always the best policy when it comes to relationships. Check out another relationship article, 13 Subtle Signs of a Man With Trust Issues to help you navigate the murky waters of love.