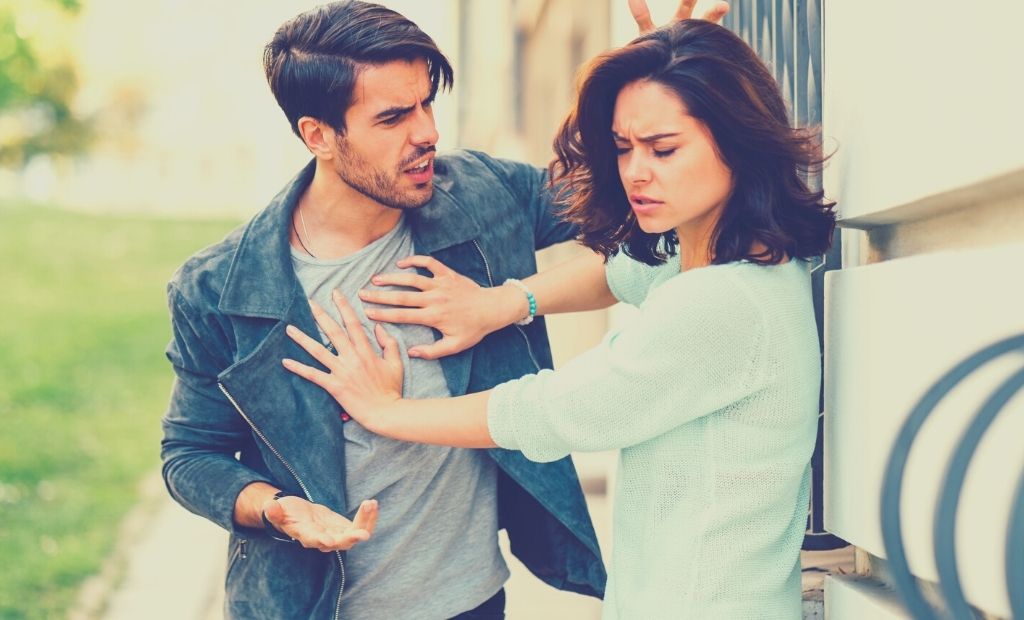 We’ve all had moments when we wanted to talk to someone more than they wanted to talk to us, and vice versa. I’ve had times when I’ve been the person to initiate a conversation that was long overdue, for fear of it not taking place otherwise.

But is it ever okay to pressure someone into a conversation? In this post, I’ll give strong reasons to never force anyone to talk to you… and a few exceptions.

Is It Ever Okay to Force Someone to Talk to You?

When someone communicates that they don’t want to talk, it’s generally a good idea not to force a conversation. I mean, think about it. Do you like being forced to do anything you’d rather not do? This is a good time to remember what we learned in kindergarten: “Do unto others as you would have others do unto you.”

Forcing someone into a conversation could be harmful to both you and the other person. It can also set the foundation for an unhealthy relationship.

Usually, when we’re forced to do something, it makes us resentful and regretful. We feel out of control, disregarded and even unimportant. We definitely feel uncomfortable… as if what we want doesn’t matter and our feelings don’t count.

Forcing someone into a conversation can unleash negative patterns in a relationship. It can make someone feel vulnerable before they’re ready to feel that way with you. It can make them feel unsafe. An imbalance of power could result.

You may also be putting your own self-worth or boundaries at risk by forcing them to talk, which can be bad for your mental health. Because your affection or attention is not returned, you might start thinking something is wrong with you. Feeling rejected may make you feel you’re not good enough.

You’re giving them an unhealthy amount of control and power over you. You may be starting a pattern of doing things that risk your safety or that go against what’s best for you, just to get the other person’s attention. No matter how many hoops you jump through, it’s never enough.

Healthy communication is a two-way street, and it builds healthy relationships.

An Exception to Every Rule

Sometimes, not often, the benefits of forcing someone to talk to you outweigh the negatives. This occurs when someone is saying things, or exhibiting behaviors, that could indicate they or someone else is in danger. These are time when it may be beneficial to force a conversation.

When you have reason to believe that the person:

Although you may think a conversation is warranted in these instances, you must still tread lightly. Don’t put yourself in danger.  If necessary, involve the proper authorities, like a mental health professional or the police.

Other than extenuating circumstances like those above, it’s usually never a good idea to force someone to do anything.

What Do You Really Want?

Identifying your reasons can also help you see other ways you may be able to achieve your goal. For example, if you just wanted your loved one’s attention, maybe you could do an activity together instead of talking right now? If it’s a co-worker, maybe you can come back later or send an email.

13 Reasons to Never Force Anyone to Talk to You

1. The person will resent you.

While you may end up having a conversation, feelings of resentment can affect how the person communicates and what they tell you. They may say things they don’t really mean because they feel angry at being forced to talk. They may shut down and not talk much, or say what they think you want to hear. They may verbally strike out at you because they’re angry you’re forcing a conversation.

In forcing them to talk, you may be establishing a relationship where the other person always responds to you with resentment, whether you realize it or not.

As humans, we need to feel like we have a certain amount of control over our lives. A person may become defensive to regain control they feel you took away by forcing them to do something.

At this point, it won’t matter what you’re saying. You can’t really hear the other person when you’re on the defensive. You’re too busy protecting yourself to engage in any meaningful discussion, or see the other person’s viewpoint.

How long do you think you can put up with having to force someone to talk to you? You will begin to resent them.

At some point, you will begin to take it personally. You will try and understand or ruminate about why the person does not want to talk to you. Is something wrong with them or you?

You may assign to the person flaws that don’t exist to make yourself feel better, so you feel like they’re to blame for the lack of communication, not you.

4. You compromise your self-worth.

You’re setting yourself up to be vulnerable to them, as you are demonstrating that their response to you determines your mood or happiness.

You send the message that this person has control over you. If this becomes a pattern, you start to appear desperate. You’re so obsessed that you’re just not right unless you have their attention. You may start to question your own value.

Whether it’s saying things to persuade the person to talk, text messages, or unanswered phone calls, it’s all time you could have spent doing something else.

And more importantly, you could have spent it doing something you deserve: talking to someone that wants to talk to you.

6. You can’t force someone to like or love you.

Let the person know that when they’re ready to talk, you’ll be there. It’s okay to initiate conversation. It’s even okay to be the person who usually starts the conversation. This is especially true in a dating situation. If you’re a male and the female has not given you signs that she’s not interested, it’s okay to take the traditional role of pursuer.

But you should never try and force someone to talk to you because you’re trying to force them to like or love you. Love and like happens naturally.

7. It can be emotionally abusive.

Forcing someone can come in the form of frequent texting or phone calls, even dropping by their work or house uninvited. This gets closer to stalking.

Even if you’re not doing those things, if you are trying to get the person to do something they clearly don’t want to do, you’re subjecting them to unwanted pressure and coercion. You’re trying to exert your power and control to force them into something against their will. At the least, it’s intrusive. You’re taking away their control. This can be abusive.

An individual may feel threatened by your constant pressure. Even if they do talk to you, it may only be out of fear. This creates a power imbalance and the other person will probably not ever feel safe with you. Your communication will not be open and honest.

But balance works both ways. So, if you’re the one trying to force something, you may feel disempowered.

You can fall into a pattern of always working harder than the other person to make things work. This can potentially be very unhealthy for you, as it may lead to the other person’s manipulating, taking advantage of, and even abusing you (emotional abuse is abuse too).

Both people should work towards mutual goals. If there’s a pattern of one person wanting it more than the other, this can create the ominous power imbalance I’ve mentioned repeatedly.

9. Forcing someone to do something can make things worse.

This can hurt your relationship in the short and long-term. Even after you get past this moment, the person may continue to feel wronged by you for not respecting their boundaries. They may now see you as a person who is trying to control them. This is similar to reason number one, where the person may approach future conflicts, conversations or the need to have a conversation with you with disdain. 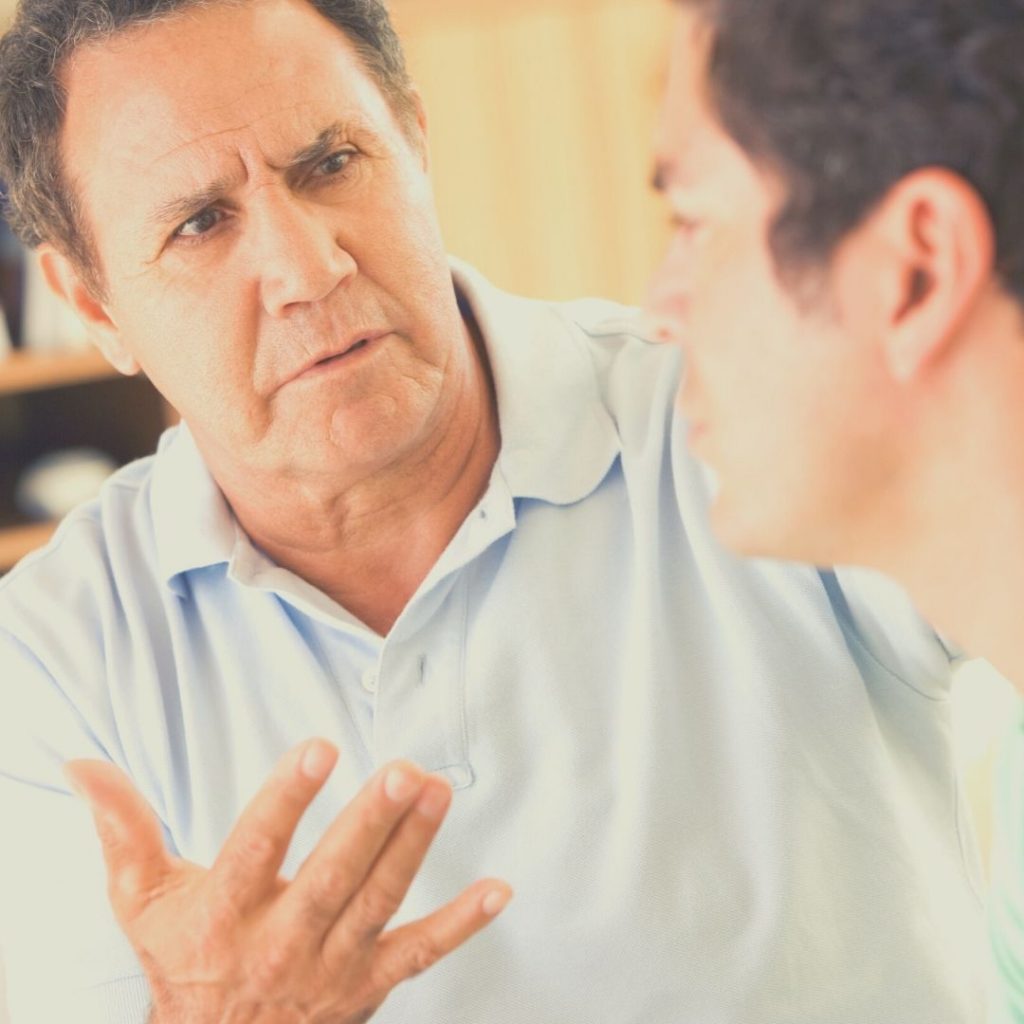 10. The conversation will be unproductive.

You want it more than the other person, so you probably will not get what you want or expect.

They may not really listen, be kind or be sensitive to what you’re saying or to your feelings. They may not take the subject seriously. Just to shut you up, they may tell you what you want to hear. Seeing that you’re more invested than they are, they may play mind games with you because they know they have the upper hand.

You’re crossing the person’s boundaries and inhibiting trust. Trust takes time. The amount of time it takes, and what a person needs before feeling they can trust you, is different for each individual.

If you have to force a conversation, then the other person, for whatever reason, does not want to talk. You may prematurely sever any strides the person is making in feeling they can trust you. By pushing someone to talk, you risk sending the message that they cannot trust you with their feelings. After all, you’re already demonstrating they can’t trust you to honor the fact that they don’t want to talk.

12. You’re not respecting or giving the person what they need at this time.

You may not have any idea what’s going on with them right now, but what is clear is what they need from you. They need you to respect the fact that they don’t want to converse. Give them space.

Whether it’s a friend, family member, romantic partner or co-worker, you can be the best person you can be by respecting another person’s wishes. When someone tells you their needs and you can actually grant it without hurting yourself or anyone else, grant it. What better way to show how much you really care than to give them what they really need?

13. You deserve someone who wants to communicate with you.

Why waste your time with someone who makes you feel like it’s a chore to talk to you? Anything we have to be made to do is usually something we don’t want to do, and that we don’t like.

The thought that someone has to be made to talk to me suggests that they may not like me. At any rate, they certainly don’t want to be bothered with talking to me right now.

And if the two of you are working through some things right now, so having a discussion actually is work, let it be work that you’re both willing to put in.

When a person changes the subject, averts their eyes, starts to look uncomfortable, has an insincere smile, tells you directly they don’t want to talk or walks away… let them! It may not seem like it now, but it will be better for your mental health to let it go.

For whatever reason, they are putting themselves first right now. You should do the same! You are worthy of a symbiotic relationship… as nothing one sided ever proves to be truly fulfilling.

Want more inspiration and insight? Check out this article on fair fighting to help you work on your communication skills with romantic partners, and people in general.