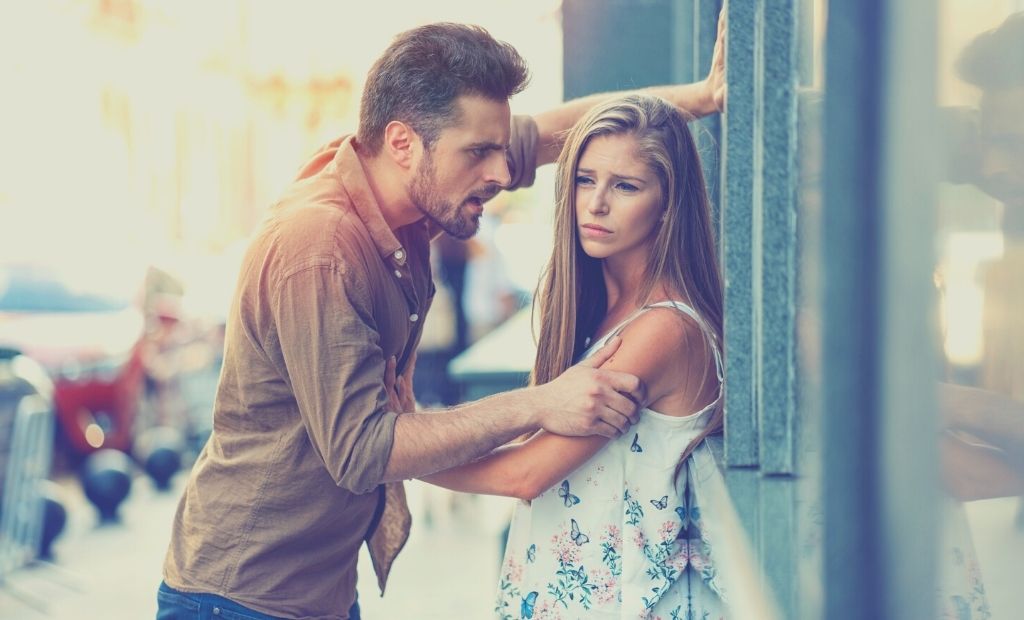 When it happens to you, you feel like you’re in a relationship with a stranger. Your whole world crumbles the moment you realize he’s only been pretending to be in love with you.

It’s the worst kind of manipulation… and you may wonder how you missed the signs of him pretending to love you, when he does not. It’s time to find out why he is pretending, know the signs of pretense, and get out while you can!

There are several reasons why a man would pretend to love you. They can be as simple as his not knowing how to love and not wanting to hurt your feelings after having made a mistake by being with you… to more nefarious reasons such as being a narcissist or a sociopath.

A man may pretend to love you because he is unsure of his own sexual identity, and he uses you as a means to appease society. Finally, a man may simply not know how to love or be loved, having been raised by a father who was a poor role model and devoid of emotion.

You may be surprised to learn the reasons why men may be pretending to love their wives and girlfriends. It happens often, and you are not alone in being unloved.

Men may be pretending to love because:

There are several signs that a man is pretending to love you (but doesn’t). Knowing what to look for can help you evaluate whether your man loves you or if he is only pretending and controlling you.

Once you learn to recognize the signs that he is only pretending to love you, you’ll be able to decide whether or not the relationship is worth saving. If it is not, value yourself enough to leave and seek your own happiness.

23 Signs He’s Pretending to Love You But Doesn’t

1. When you tell him about your day, he’s disinterested or does other things.

When a man doesn’t love you, he will find excuses not to listen to you talk about everyday things. He’d rather go wash the car or play Xbox than listen to you.

2. When you want to do something, he tells you that he’s busy and that he works to make you happy or take care of you.

This sign that he doesn’t love you is also a classic sign of manipulation by a narcissistic partner. He uses his work to make you feel guilty, so you will not question his commitment.

3. He says he wants to spend time with you but then always cancels at the last minute.

When he doesn’t love you but pretends, he will make romantic plans with you but then always find an excuse to back out.

4. When you make plans to do something together, he always has an excuse why he can’t.

A man who is pretending to love you will always have an excuse to not be with you. He will make other things his priority, not you.

5. When dating, he insists on keeping it secret.

A man who is in love with you will want to happily shout it from the rooftops; he won’t try to hide it. If your man won’t hold your hand in public and doesn’t want to let others know you are together, then he doesn’t love you and is only pretending.

This man may tell you he loves you, but his actions speak differently. He has made other things his priority and you don’t feature.

7. A man who only shows affection where others can see but then is cold to you when you are alone doesn’t really love you.

To this man, you are a public flag he can wave to improve the way others see him. His public affections aren’t about you; they are about what others think of him.

8. He doesn’t plan a future with you.

A man who loves you will begin planning a future with you. He will talk to you about where you will settle, buying a house, having children, and future planning like life insurance, wills, and investments. If he doesn’t plan the future with you, it means he doesn’t see you in his future.

Are you the one who always calls or texts? Does he start conversations or do you have to fill in the gaps?

While men aren’t as vocal as women, communication shows investment. If your man isn’t talking with you or reaching out, it means he doesn’t see you as a vital part of his life and doesn’t love you, even though he may pretend in other ways.

10. He only messages you when he has nothing better to do.

If someone only sends you a message when they “have time,” it means you’re at the bottom of their priority list. A man who loves you will message you before he does anything else. He will never be too busy to talk or put you on hold.

11. He doesn’t respect your opinion or views.

When a man loves you he will hear you out respectfully, even if he doesn’t agree with you. A man who says he loves you but then ridicules your views is pretending.

12. Affection has died or feels disingenuous.

A man who loves you will want to be near you. He will want to hug you, hold your hand, hold you when you sleep, and show fondness for your body (and mind). Even if he still wants to have sex with you, but he doesn’t show affection and affectionate touching, he is pretending. You may satisfy his sexual needs, but he doesn’t love you.

13. When you want to talk, he tries to initiate sex.

This man has decided that he can silence you with sex. He doesn’t want to listen to you, and when he wants to “make peace,” it usually ends in sex. To this man, you are nothing but a usable commodity, and he has the same level of “love” for you.

14. Affection is bribery with him when he wants something.

If your man is only affectionate when he wants something, it shows he doesn’t love you. He may sugar you up to get his way when he wants to go away on a boys weekend instead of spending time with you. 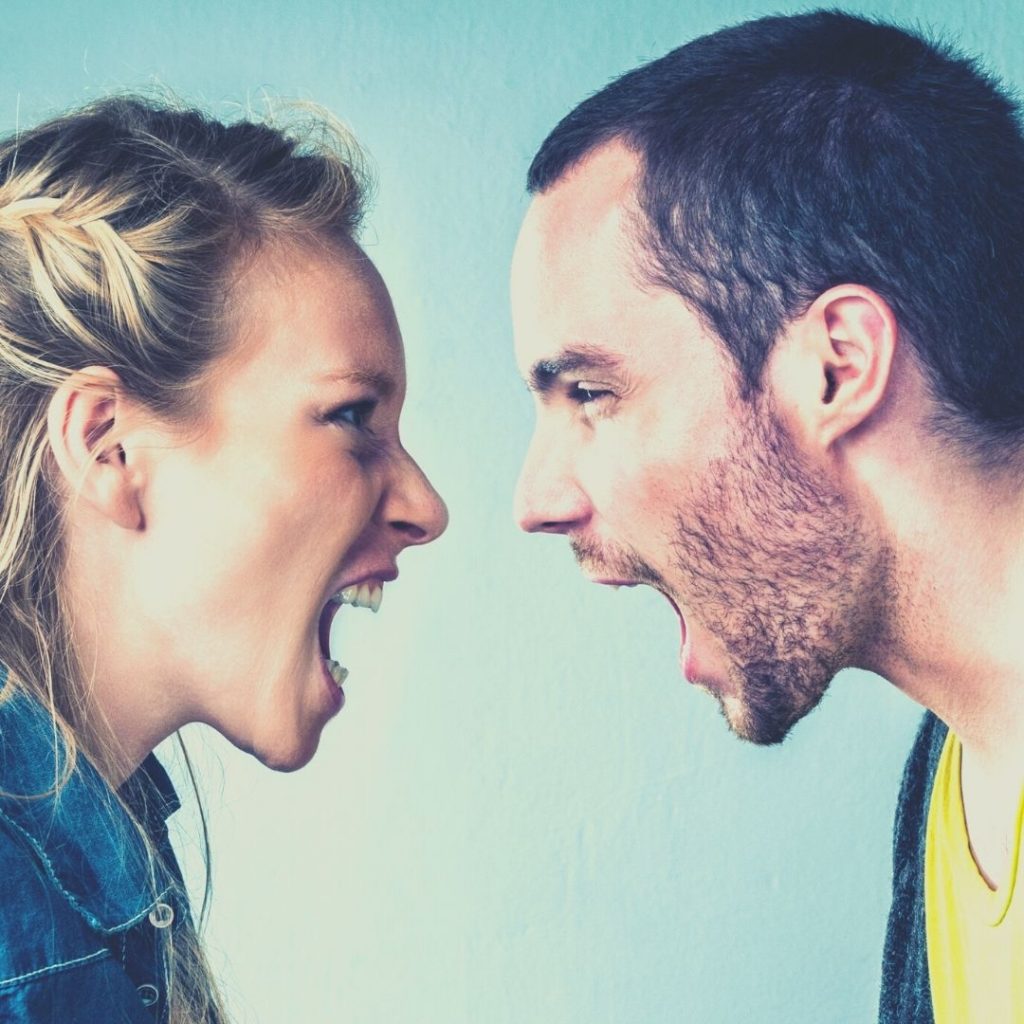 To get his way, he may rub your back and seem to be genuinely affectionate. This is a little-boy technique. He’s a toddler asking for a piece of gum, and he doesn’t love or respect you.

16. People warn you about him.

When you are in love, you don’t want to hear that others don’t approve of your man. The reality is that outsiders often see things we don’t even see ourselves. Your relatives or friends may have noticed that he doesn’t love you. It’s time to at least consider what they have seen and evaluate whether he really loves you or not.

If your man loves you, he will always show honesty toward you. When he is pretending to love, he will often be caught on half-truths or lies. He may have convincing excuses at first, like “I don’t want to hurt you so I didn’t say anything.” Reality is, he doesn’t love you.

This is very much like teenage love. One day he adores you, the next he is shouting at you and being mean to you. Just as you want to leave, he will snuggle up to you on the sofa and want to talk deeply about your relationship. This love-to-hate swing is endless, and this man will never love you at all.

19. He refuses to take the next step.

Have you asked to meet his family, only to be told he doesn’t have time right now, his family is away, his family is strange and he is protecting you, or some other bogus excuse for not introducing you to his family?

He does not really love you. While it’s understandable that someone can be scared of introducing the person they love to their family, avoidance is a sign of not loving you.

20. How you argue says whether he loves you or not.

Does he blame you when things go wrong? When you argue, does he own up to his share in the disagreement? If he never steps up and admits he did wrong, he is not in love with you. When you love someone, you will never blame them and you will always own your share of a disagreement.

Arguments are normal when two people are invested in each other. How you resolve those arguments and how you have serious discussions shows commitment and love.

If your man won’t address serious topics or raise his concerns with you, it shows that he doesn’t trust you and he doesn’t love you enough to risk confrontation to bring real peace. He may say he keeps quiet to keep the peace, but really, he is just taking the easy way out because you don’t matter enough to him.

Your gut or instinct can tell you a lot, if you listen to it. There may be other signs that are far more subtle and can’t really be put into words that are telling you he doesn’t really love you. Sometimes all we have to go on when dealing with a fraud is our gut feeling. Listen to it.

Evaluate Whether the Relationship Is Worth Saving or Can Be Saved

When you realize he has been pretending, you may find yourself having an emotional reaction. After all, you love him, so why can’t he love you? At this point, it is important to figure out whether it is about you or about him.

Some men simply can’t love. Is he worth loving even if he doesn’t love you? What’s the payoff of loving him and staying with him when he can’t love you?

It may help to evaluate this like a business transaction: List the pros and cons. If there are more pros to being with him despite him not loving you, then you can consider staying. Remember to weigh up the cost of being in an unloving relationship. If you can live with it and it still works in your favor, you can make an informed decision.

Should you believe you deserve better (and you do), then you need to leave the relationship before your core sense of self is more negatively affected. Get help if you struggle to leave or if he won’t let you leave. Talk to counselors and psychologists about how to disentangle yourself from him.

A relationship should be based on love and mutual respect. When your man says he loves you, but his actions say differently, you need to reevaluate your options. While you may enjoy some benefits to staying in the relationship… such as security, financial support, and social status for being in a relationship, your inner self will suffer.

Now that you know the signs he pretends to love you, it is up to you to decide whether you will stay or if it’s better to leave. Be sure to make a decision that will serve your mental health and well-being as being in an unloving relationship is extremely damaging to your sense of self.